Three years ago I wrote about the balloon ascent that started from Wolverton in 1861, featuring the intrepid balloonists of the day – Coxwell and Glashier You can read about it here. 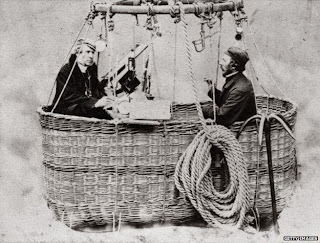 I read in the newspaper the other day that someone is now making a film about these 19th century pioneers, called The Aeronauts. Fine, except that for the film to be commercially successful, two white Victorian Englishmen won’t do. So Henry Cowell has been written out of the script and replaced by a young lady, who presumably will be a young, feisty, take-no-prisoners type, capable of all sorts of derring-do.