The formal square in towns was a late 17th century development in England. Peviouslycentral area in towns and villages developed int ‘squares’ but there was nothing formal about their development. Towns like Stony Stratford, built on a thoroughfare, developed their market ‘squares’ slightly off the beaten track.

The square, as a conscious element in town planning, was characterised by terraced rows of houses on three or four sides. Squares became very fashionable in the 18th and 19th centuries, and in keeping with this trend, Wolverton was planned with its very own square in 1840. This was named after the chairman of the London and Birmingham Railway company, George Carr Glyn. The square was bounded by the railway line on the east side and terraced cottages on the other three sides. While nowhere near as grand as some fashionable London squares, it had its appeal, and rents for Glyn Square cottages were higher than the were for some of the other streets.

Wolverton had not quite fallen out of love with the desirability of a square, so when one of the Marron Fields was purchased on 31 December 1866, the planned development included a square at the heart of it. This new field of 18 acres extended from the church yard in the east to the back lane of Oxford Street in the west. To the north lay Church Street and the southern border was the ancient Green Lane. This land was developed over two decades. Buckingham Street was built in the 1870s with Aylesbury Street. Radcliffe Street and Bedford Street were built in the late 1870s and Oxford Street in the 1880s.The development of the square was mixed.

At some stage someone must have planned this square as a place for a market. “Market Square” was used to described stand the street on the west side of the square was known in the 19th century as “Market Street.” However, that never materialise. The old market continued in the Market House beside Glyn Square and when that burned down in 1906, the market was transferred to the recently vacated school on Church Street. The closest the market ever for to the Square was in recent times after the building of the Agora. Any building on the actual Square, was in any case forbidden after the cenotaph was erected in 1921.

The development of the Square was piecemeal, but was entirely private development. Some of the houses in the middle of the west side were built in the late 1870s. The corner lot on Buckingham Street was reserved for a large private house and in 1882, the re-formed Co-op., known since 1874 as the Wolverton Industrial and Provident Society, purchased the lot on the Aylesbury Street corner for £100, and set about building a large shop, bakery and warehouse. In the first part of the 20th century this became the heart of the Wolverton Co-op empire. 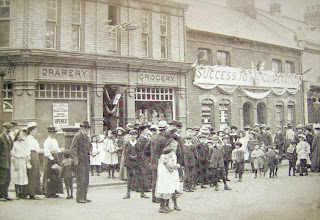 On the eastern side, a private developer built Morland Terrace in 1884. This was obviously planned as an above average terrace for some of Wolverton’s middle class. The houses were spacious and the occupants had an unobstructed view of the Square. A draper occupied the house on the south east cornere; otherwise these houses all started out as residences. It was only in the 20th century that some of them were converted to shops. 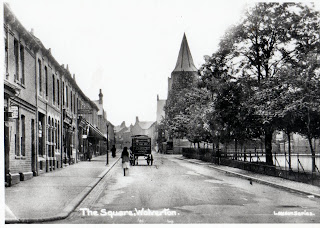 The southern frontage to the Square was purchased by the Congregational Church. Their movement started off by meeting in a back room at the North Western Hotel in the 1860s, but they soon had sufficient money to build their own church, which opened in 1878. For almost a century this large church dominated the Square but in 1970 it was demolished. The replacement building, which is still standing, initially accommodated a supermarket on the ground floor and provided church rooms on the upper floor.

Supermarkets have been a development of my lifetime. In the 1940s and 50s packaging was a rare phenomenon, limited to cereal boxes, tins of Ovaltine and little else. Coventionally, if you wanted a pound of sugar, the grocer weighed it out for you poured it into a container made out a of a folded sheet of stiff blue paper 9known of course as ‘sugar paper’). A quarter of a pound of biscuits would be picked with tongs from a Huntley and Palmer’s biscuit tin  and weighed for you in a white paper bag. The idea of customers serving themselves was unknown.

Dudeney and Johnston, a Bedford grocer who developed queue a chain of shops in the region, took over the drapery on the south west corner of the Square, and were the first to develop anything like a sled service grocery. The Co-op followed suit and introduced wire baskets and ‘supermarket’ shopping by 1960. Each of these shops would be no larger than a convenience store today, but the were the start of this revolution. Budgens followed in 1970 on the site of the former church. Today, in town supermarkets without parking are no longer viable.

As I mentioned earlier, shops around the Square began to develop in the first decade of the 20th century.On the Buckingham Street corners, at numbers 36 and 38 respectively. Albert Leeson had a grocery. The last occupant of 38 in this capacity was Fred and Grrace Old, who retired in the mid 1950s to devote themselves to Salvation Army work. they moved to a house in Cambridge Street and the shop became a gas showroom for the newly nationalised East Midlands Gas Board. At Number 36 John Nichols ran a boot repair business and ran a shop listed as “Domestic Stores”, which seems to sell various non-perishable items such as furniture polish and brass cleaner.

Travelling up Morland Terrace, from north to south, the corner shop, as I have already described, was a drapery and became a grocery after WWII. Whatever happened to Dudeney and Johnston, I don’t know. They were a significant cain in Bedfordshire, northamptonshire and Buckanand Heerts for many years. I suppose they were brought out by bigger fish.

Number 3 was residential for a number of years but Number 5 was first opened by Olive Sanders, who was a confectioner.In the early 1950, the Davies’s took over the shop. They were then a young couple and held the shop for many years. It i still open today with a similar profile.

Number 7 was residential and Number 9 first opened as a butcher. In the  1960s, at the beginning of the DIY craze, it became paint and wallpaper shop. I can’t immediately recall the name.

Numbers 13 and 15 were established as a jeweller and a tobacconist. At the opening of WWII number 13 was established as an optician and after the war functioned as such under the proprietorship of F Blagrove. Doug Roberts took over number 15 in the mid 1950s as a chemist and optician. He also, like his mentor Ewart Dale, sold a range of Kodak cameras.

Number 17 became a butcher’s shop after the war. Initially under the name of Dewhurst, it became part of the Baxter’s empire in the 1950s. The cheery fred Griffiths moved down from Leamington to manage the shop.

The house on the corner remained residential for a long time but in the late 1930 the Co-op took them over. They ran a fruit and flower shop at 21, and I think I am correct in saying, a fishmongers at number 19.

Commercial development of the west side was mainly the Co-op. In time they held the southern half of the terrace, with shops, offices and a savings bank. The shop at number 9 (Buildings were originally numbered 1-11, starting at the south end. Today they have been renumbered.) was a butchers shop for many year. In the 1950s it was occupied by Woodwards. He was an enterprising man who also made his own ice cream. He sold the business c 1960 or earlier and a few years later was taken over by Terry Beckwith. He was a single man in his late 30s living with his elderly parents.  After some years he moved and the shop was taken over by a hard working couple who retained that name.

The very large house on the corner was owned by Fred Tilley. He had a coal business, the Empire Cinema, various properties and other enterprises. He was therefore quite well off. The downstairs part was converted into two shops at some stage. Number 10 was occupied by a printer, Frederick Clarke in 1915 and number 11 by the “India and China Team Company”, Grocers. Frederick Clarke later moved his press to 51 Church Street and the business continued into a second generation. 51 Church Street was demolished to make way for the Agora. In the mid century there was a ladies hairdresser on the corner and a shoe repair man in another shop.

In the last quarter of a century the Square has become almost exclusively commercial. 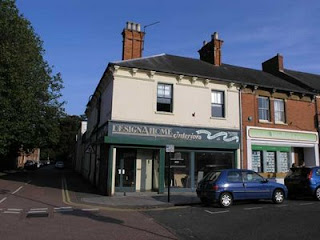 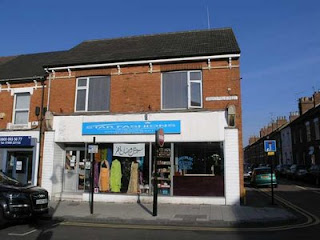 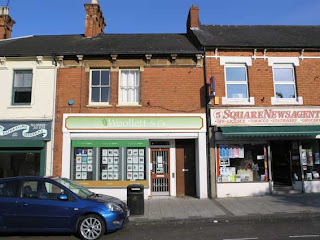 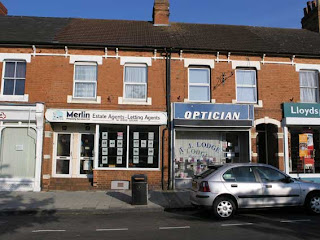 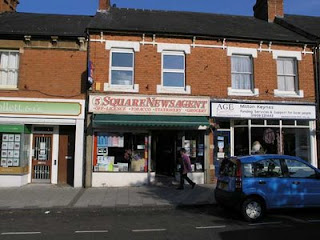 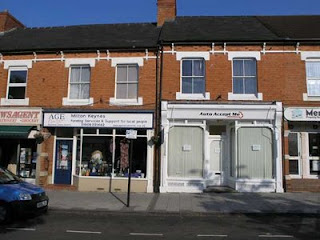 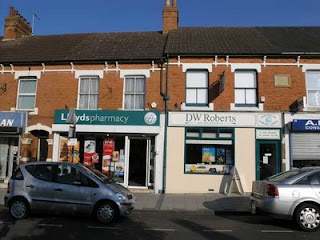 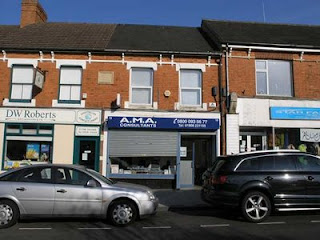 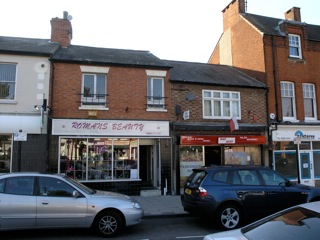