Thanks to Andrew Lambert for this idea. I am going to go on a tour of the listed buildings in the area. I’ll start with Wolverton, then do Old Wolverton, Stony Stratford and New Bradwell.

I can’t help but comment on the arbitrary nature of the listing process. The original Engine Shed did not get listed and was consequently flattened to make a Tesco car park, but the Triangle Building, started in 1845 and much enlarged and adapted over the years, makes the list. The school of 1840 is not listed, nor is the Royal Engineer of 1841. Why is the Aylesbury Street School of 1906 listed and not the Moon Street School of 1908?

The information below is presented as links to the British Heritage site. The information is under crown copyright and cannot be reproduced here. Just as well perhaps, since there are a number of instances where the descriptions are factually wrong. 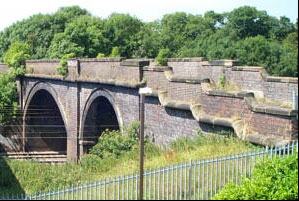 The Blue Bridge was a farm track from Stacey Hill Farm to the fields sloping down to Bradwell Brook.

Church of St George the Martyr 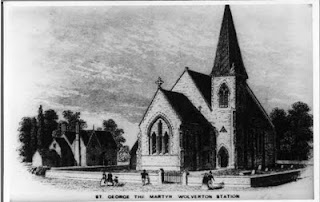 The building and history of the church has been covered in various posts. 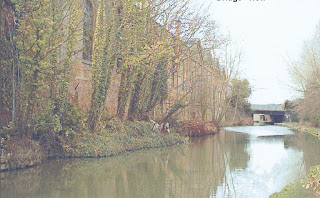 In 1845 the LBR used the land on the east side of the line to build a new shed. In time this expanded to fill the whole triangle area between the canal, the Stratford Road and the old railway line. It was henceforward known as the Triangle Building. 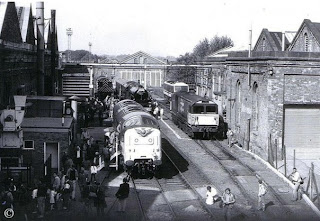 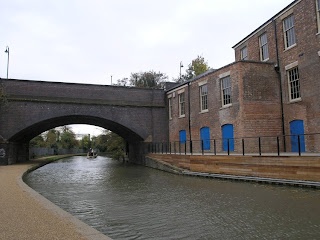 I rather think that it would take some serious archaeological work to identify which part of this building was the original Reading Room of 1840. Back then it was certainly a single storey structure and the road and canal bridge were lower. The openings for doors and windows do not resemble anything visible on the surviving planss from the 840s. 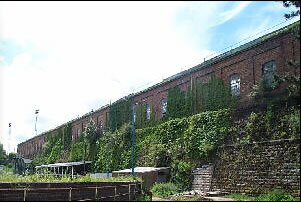 Funny what the word “Royal” can do. This long shed and workshop was built in the 1880s when the main line was diverted and sat on the embankment above the Park. It was used in the 20th century to store the Royal Train when it was not in use, thus giving the building a significance which it might not otherwise have had. 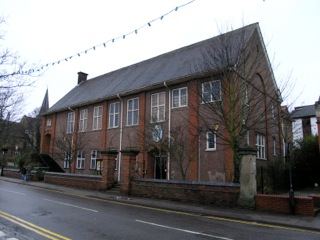 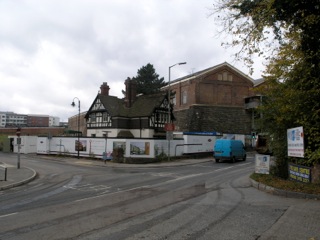 This is the best photo I have at the moment, surrounded by boards, empty and awaiting some fate. 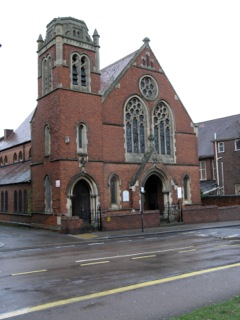 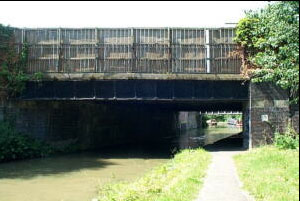 Stacey Hill Farm Barn
The barn was built in the 1840s when the new farm house was built on top of the hill. (Formerly Stacey Farm had been closer to Bradwell Brook.) It was a large timbered structure and was given a Grade II listing. Unfortunately it burned down in a fire in 1996 so the preservation order didn’t help very much!

The farm house, built I understand, by the very young Charles Aveline is now occupied by the Milton Keynes Museum and can be visited during opening hours. 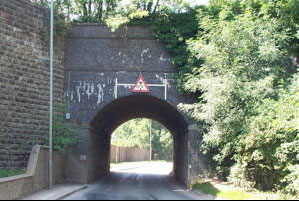 I haven’t got much idea of what this is. I assume from the description that it was a garden structure in the grounds of the Vicarage. 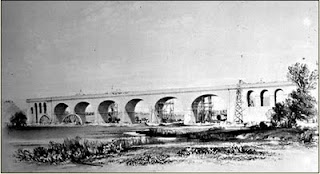 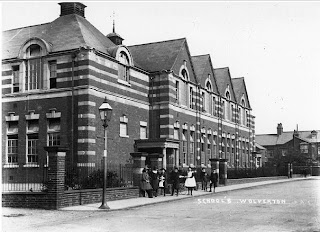 The girls and infants continued to use the 1840 school on Creed Street until 1906 when this was built. At the time it was Wolverton’s grandest school until the Secondary School opened at the end of Moon street in 1908. The Creed Street School did service as a Market Hall until the Agora was opened. 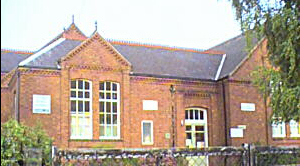 This was in 1896 the new Boys School and remained so until about 1946 when the Secondary Modern came into being. From that time on all the Wolverton schools were co-ed.
0
Previous Post
Next Post

In an age before children had rights.