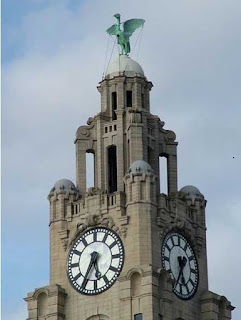 When I was writing about McCorquodales it occured to me that there was more than one Liverpool connection with Wolverton.

Brabazon Smyth Stafford, the Works first chief accountant, came to new Wolverton in 1838 and stayed until his retirement, whereupon he went to Liverpool.
http://wolvertonpast.blogspot.com/2010/05/villas-full-account.html

Hugh Stowell Brown worked in Wolverton as a boy and young man from 1840 to 1843. He then went on to some fame as a Baptist preacher in Liverpool, where a statue was erected in his honour. His autobiography gives us several very interesting insights into the early Wolverton.
http://wolvertonpast.blogspot.com/2010/10/hugh-stowell-brown-and-wolverton.html

George McCorquodale, as I wrote the other day, was also a Liverpool man.
http://wolvertonpast.blogspot.com/2011/07/wolverton-envelope-town.html