By Bryan Dunleavy on Wednesday, December 8, 2010 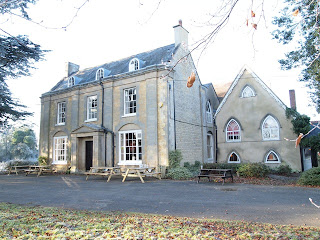 There had probably always been a farm house on this site or hereabouts but in 1784 Thomas Harrison, land agent for the Radcliffe Trust and also a farmer, decided to build a substantial house at a cost of £1,800. Besides farming over 400 acres here Harrison had some significant industrial interests in an iron works in Staffordshire. I do not know much about it at present and will cover this in another post, but suffice to say that Thomas Harrison was a man of means with an income far above the £100 per annum he was paid for managing the Trust’s affairs in Wolverton.

The house was completed in 1784 and occupied by the Harrison family. After his death in 1809 his son Richard continued to occupy the house with is widowed mother and own family and after Richard died, his widow and son Spencer remained as tenants until 1892, when Grace Harrison died and Spencer and his family retired to the south coast.

Wolverton House was now separated from the farm and let to suitable tenants. Amongst them in the 20th century was Dr Habgood, a Stony Stratford medical practitioner. His son John, who later became Archbishop of York, spent some of his boyhood in what he remembers as a very draughty house in Winter.

After the war it was rented to Buckinghamshire County Council, who used it as a residence for Grammar School and Technical School pupils whose parents were working overseas. After 1958 the schools combined to create the Radcliffe School. I believe that students from overseas boarded here as well. They also used some of the buildings as offices and sometimes the house was used for residential courses.

Today it is used as a pub/restaurant.